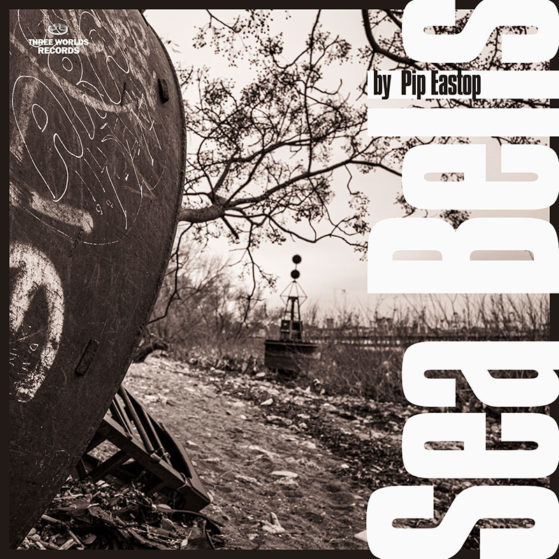 In 2011 I was invited to play at the annual British Horn Festival. I decided to try playing something with my Boss RC-50 Loopstation.

I had already owned this machine for 18 months but had not yet found a good way to use it and I knew that the only thing which would make me get to grips with it would be to throw myself into a live performance with it. Having six foot-operated pedals, 9 rotating knobs, 18 push buttons, dozens of flashing LED lights and a small information screen full of strange jargon and numbers, it is quite an intimidating box of tricks. I bought it because I had been very impressed by hearing one used in live performance in the Queen Elizabeth Hall by an amazing Beatboxer and I really wanted to find out what it could do with the sound of a horn instead of a voice. I tried reading the manual but none of it made much sense to me, so I just fiddled around with it at random, never getting very far with it.

In the months preceding the concert I swivelled its knobs, moved its sliders and pressed its buttons, endlessly trying to configure the Loopstation to make it do what I wanted in a controllable and musically satisfying way, but this ideal setup kept eluding me. Also, I knew that if I was going to play a piece it would have to have some kind of structure as too much freedom and randomness would result in a horrible soup of disconnected musical ideas rather than a piece of music. I remember really struggling with how to conceive this particular performance. And in the end, I think, I used only a fraction of the capabilities of the machine. I had it running as two simulated tape-loops of stacked live material which I could fade in and out by turning a couple of the knobs. It was kind of a plan, at least, and not so complicated that it would distract me from playing the horn …which was always going to be the hard part.

The general idea was that I would use my horn in three ways. Firstly, as a natural horn in F (without using the valves), secondly as a natural horn in A (holding down the second valve of the Bb horn). After this I would bring these two tonalities together – hopefully as two “washes” of horn sound in those two distinct keys – while playing the fully chromatic horn over the top of it all.

The chairman of the British Horn Society at the time, and also the organiser of the concert, was my friend and colleague Roger Montgomery. Very wisely he asked me not to play for too long and I think he suggested a maximum of twelve minutes. But how was I going to know when to stop? I asked him if he would stand at the back of the audience and wave at me when it was time to stop.

The setup in the Floral Hall in the Royal Opera House that day was rather nice because the sound technician helpfully connected the stereo output from the Loopstation into the hall’s PS system giving me a nice big three-dimensional sound-stage. There seemed to be two arrays of speakers, quite high up, one row on each side of the hall. I had a quick sound check before the concert and then I had to leave the Loopstation set up on the floor, switched on and connected, until it was my turn to play. Unfortunately, during those few hours somebody had been interested enough in the flashing, blinking device to mess around with a few of its knobs, changing my precious setup.

So, after saying a few introductory words to the audience about the Loopstation,holding it up to show them how red and shiny it was, I began to play. This was when I discovered it wasn’t working properly. This was unfortunate to say the least, and I stopped playing and looked down at the enigmatic machine with no idea what to do. I apologised to the audience for the false start and explained what had happened. I hadn’t touched those knobs and sliders for weeks – I didn’t know which ones had been moved and didn’t really have a memory of where they should all be. I made some adjustments for a while, not really knowing how to restore it to its previous state. Then, not wishing to lose the attention of the audience I began playing again, not at all confident that it would work well. Some of the loop lengths were different and the numbers of times they repeated had changed, but luckily it wasn’t too drastically different from how I had it set up before.

After what felt like about three minutes I spotted Roger, waving his arms frantically, and finished the performance within a minute or two. After listening to the recording of the sixteen minute piece sometime later I decided to name it, “Sea Bells”.