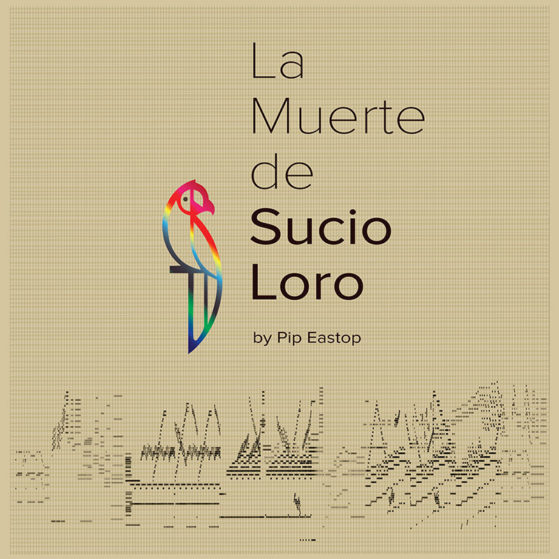 In years to come, along with millions of other people, I suppose I will look back at 2020/21 and wonder what I did to stop myself going insane during the year or more of lockdown. The chancellor advised those us in the U.K. who had lost our work due to the pandemic – especially those us working in “the arts” – to retrain in new skills. I took the trouble to sign up for the government’s online “skills assessment”, a kind of multiple-choice questionnaire, to find out what it might suggest for me. It advised me to follow a career in boxing.

Clearly the government wanted me to give up anything to do with the arts and make a career out of something for which I have no skills at all, and preferably one which involves hurting other people. I suppose they feel that since this strategy works so well for them it should be good for lesser people such as musicians, dancers, actors etc. Rather than follow the government’s advice I reciprocated with my own suggestion for what they ought to do and I am still recommending it to them on a daily basis, despite it being anatomically impossible.

Having lost all my work as a musician and indeed any possibility of playing my horn somewhere other than at home, I needed to find a way to keep my playing on form and to provide entertaining musical challenges, both as a creative lockdown survival therapy and to protect my mental health. I began by trying to figure out how to use my computer for recording multitrack audio. At first I made up some quite simple things and, as I got more into it, various essential equipment upgrades followed. Initially, I needed a couple of fancy new microphones, then some better recording software. Next, I found I needed to change up to a better desktop computer and connect a high quality audio interface to it. After that I installed “virtual instruments” such as pianos, percussion, sound effects etc. and began an endless shopping list of audio “plugins” for adding reverb, delay, compression, equalisation and all manner of other delicious effects. Of course, none of this complicated gear and software is any good without learning how to use it all, so I was soon facing multiple steep learning slopes in music production techniques. I really had to put the hours in, thus it turned out to be the an ideal therapy for me and I believe it kept my insanity levels from rising too much during the months of the Covid-19 lockdown.

I adapted my garden shed, made it soundproof and treated its walls and ceiling to remove as many unwanted resonances as I could; those bathroom-like slapping echoes and standing waves. With no distractions (rehearsals, concerts, recording sessions, travel) I was able to work for as many hours as I wanted every day, discovering more about music production and finding myself composing and recording more and more all the time.

La Muerte de Sucio Loro is one of the pieces resulting from all of that trial and error. It is scored for piano and two horns, although there was never really a score, as such, since none of it was ever written down, at least not in the conventional sense. The piano is not a real one, but rather a virtual instrument made of many hundreds of “samples”, which are individual recordings of all the notes of a piano. This huge catalogue of tiny audio files are all stored in the computer and are controlled by a keyboard which looks a bit like a piano, feels like one, plays like one and when properly set up can sound rather convincingly like a real one. For someone like me, with rather limited keyboard skills, this clever input device offers huge possibilities for pretending to be a much better pianist than I really am.

The cover image here is a graphic representation of the “MIDI” (Musical Instrument Digital Interface) file. It is populated with dark blocks which represent notes and control the playing of the virtual piano. It is somewhat like the punched cards which were fed through the old player-pianos of the pre phonograph era and whose notes were triggered by reading the holes in the cards as they were fed through the machinery. Each dark grey brick in the graphic represents a single note-sample on the piano. You may find you can follow through the pattern in the image while listening to the piece. It goes slowly from left to right while the up and down dimension represents the high and low positions of notes on the keyboard. When composing in MIDI, the notes – the blocks you see in the image – can be moved around on the screen rather like words and letters in a word-processor. One doesn’t have to be a piano wizard to end up with some quite complex music. Truthfully, there is really no way I could play this piece myself in real time. Probably, to perform it live would require the hands of at least two and a half pianists.

The two horn parts do not show up on the piano graphic since they were recorded as straightforward audio. I made them by recording two separate tracks using identical recording setups then panning them, one track to each side. I have to admit that I did not simply play those horn parts from start to finish – far from it! Each horn track is a composite of dozens of takes during which I tried out all sorts of ideas and eventually settled on what I liked best. This is the beauty of digital audio – you can just keep re-doing every little bit of it until you are satisfied with the result. Of course, it is all very much what might be called “cheating”. Theoretically, though, the whole thing is performable in a live situation by two hornplayers and two and a half pianists. Hopefully, I may be able to organise this someday…

I used the F “side” of the horn rather more than I usually would, finding that it gave a more earthy, throaty and complex colour. I could have patched up the very first note (which is technically a “crack”, or a “clam”, depending your view of the Atlantic Ocean) but I decided to leave it as it was to remind me of both the benefits and the dangers of choosing those extra long tubes.

I wasn’t really a composer before the lockdown but now I feel that I can just about make that claim, and it feels very nice. Perhaps I’ll get to hang out in old fashioned bars with other composers in tweed jackets discussing Medtner, or spend long winters alone in a hut next to a frozen Nordic lake with syphilis and no internet. Although my writing medium of choice was digital audio, rather than the more traditional pencil and paper, I maintain that this is still composing. It’s just that I wrote it by playing it directly into torrents of digital code rather than by handwriting in crotchets and quavers.

About the title: it is frankly rather silly: there is a wonderful Venezuelan song, “La Muerte del Rucio Moro”, written and sung by Reynaldo Armas. It is a furious rant about the death of a beloved horse and it happens to be one of my favourite songs, ever. I stole the title and changed the spelling a little, so that a literal translation from the Spanish would now be, “The Death of Dirty Parrot”.

So now you know.